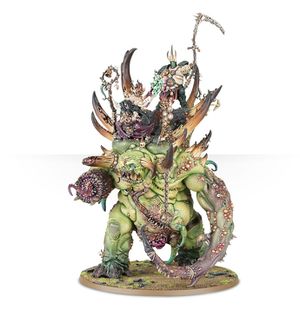 The brothers Glott were triplets born under dark omens in the World-that-Was who now serve Nurgle in the Mortal Realms. They have given their patron many victories including the defeat of Neferata during the Shambling Wars but were struck down by the goddess Alarielle at the end of the Realmgate Wars. Annoyed, Nurgle flung them into a prison but eventually let them free and now they once again have been sighted plaguing the realms.[1]