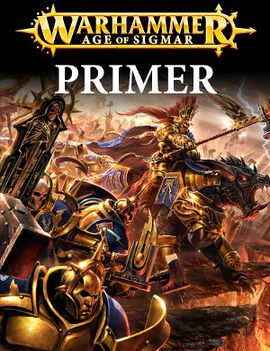 The Age of Sigmar has begun! The Gates of Azyr have opened, unleashing the celestial armies of the God-King Sigmar upon the Mortal Realms. It is a time of ceaseless war as the Stormcast Eternals seek to retake empires and kingdoms that have been consumed and corrupted by Chaos, while the races of the realms rise up to claim back their freedom.

The Warhammer Age of Sigmar Primer is a free download that provides you with your first look at the embattled Mortal Realms and the heroes and villains who fight to decide their fate. Inside you will find: