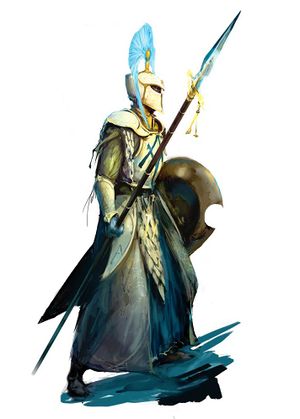 Sunmetal is a magical enchanted metal used by the Lumineth Realm-lords from the Realm of Hysh. Each piece of Sunmetal has basked in the light of Hysh, sometimes for centuries at a time.[1a]

The most common version of Sunmetal weapons can be found among the warriors of the Vanari. When combined with the right mystical phrases, the tip of each will start to burn white-hot.[1a]