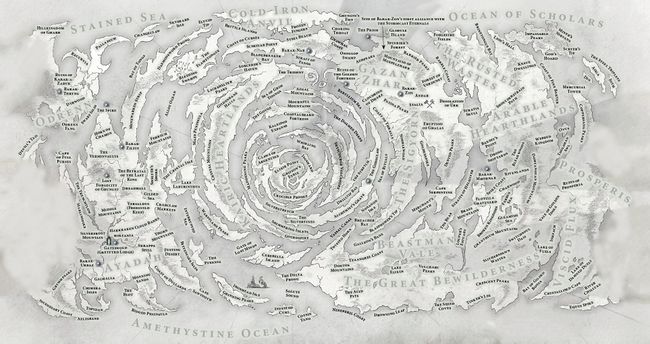 The Spiral Crux, once known as the Godwrought Isles, is one of the constituent sub-realms of Chamon. Grungni, the Smith-God, forged the Godwrought Isles to be perfectly straight landmasses and gifted each one to the clans of Duardin, Humans, and Gholemkind that worshipped him. But many apocalyptic events have warped Grungni's creation, transforming them into the Spiral Crux, a region that has become akin to a twisted labyrinth of jagged coastlines and impossible landscapes.[1b]

The Spiral Crux has the following landmasses: