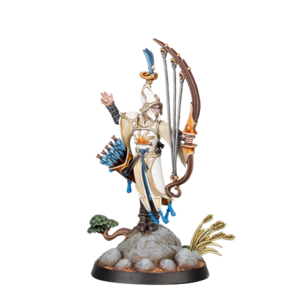 She wields an Auralan Bow made out of Sunmetal that can burn their victims from the inside out. She is also armed with a Vanari Dagger to use in close range.[2b]