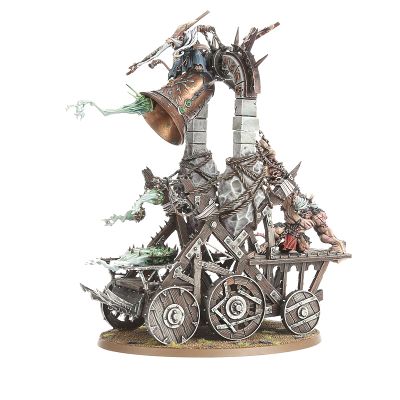 Screaming Bells are both a powerful mythological symbols for the skaven race and also deadily wonder weapons to use against their foes. [1a]

A Screaming Bell is cast from brass laced with warpstone by Clan Resnykt of the Clans Skryre in warpforges beneath Blight City. As it cools, Grey Seers then perform a thirteen day ritual which causes malign runes to form on its surface. [1a]

In the presence of a Screaming Bell, all skaven feel fear, awe and what could almost be described as devotion. It is from atop these creations that the Grey Seers both preech to the masses and also ride to battle. [1a]