From Age of Sigmar - Lexicanum
(Redirected from Reforged)
Jump to: navigation, search 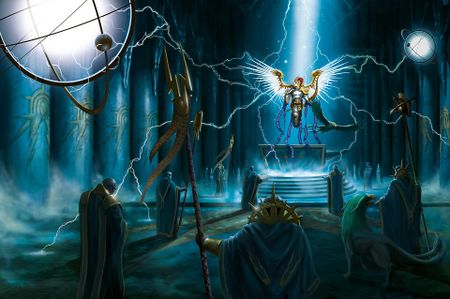 The Anvil of Apotheosis.

Reforging is the greatest secret of the Stormcast Eternals, which rescues them from certain death and allows the God-King Sigmar to reforge them, making them effectively immortal.[1] These men and women come from every tier of society and are reforged as Stormcasts of a specific Stormhost.

Reforging is inspired by the cycle of constant reincarnation of Dracothion's children. Sigmar and Grungni devised a process to create armies of virtually immortal humans.[3]

Sigmar plucks brave heroes from the Mortal Realms using bolts of lightning. The soul of a hero, chosen to become a Stormcast Eternal, is transported to the Heldenhall and there it feasts for three days, building its strength for the trials ahead.[2][5] Following these three days, it makes its way to the Chamber of the Broken World. First the raw soul-stuff is literally molten and reforged in the Forge Eternal by the Six Smiths, making it ready for rebirth.[4][5] If it survives, the soul is sifted upwards into the Cairns of Tempering, where it's given the Gift of the Gods and must endure seven times seven trials. These trials were originally devised by Grungni with the aid of Sigmar and now their nature is a mistery to everyone but the two gods and the Six Smiths.[4] If the soul completes his trials, it's ready to be made flesh and blood once more. Upon the Anvil of Apotheosis they're broken down and rebuilt by the shock waves and the blessings of the World Hammer. From a seed of starlight and lightning sprouts a web of veins and nerve endings, then bones and finally every other organ. The new Stormcast Eternals awakens with a new body imbued with the energies of Azyr and a shard of Sigmar's divine essence.[2][4] 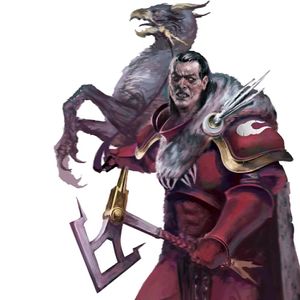 When a Stormcast dies, his soul is transported back to the Anvil of Apotheosis, where they can be reforged again. Unfortunately, Reforging isn't perfect and those who are remade often lose a part of themselves or become altered in body and mind. A Stormcast Eternal is still human, with all hopes, fears and ambitions, but these and many other traits can be warped into something else.[3]

Known Reforging side effects are the following:

Even though some side effects are typical of some Stormhosts, this doesn't mean they are exclusive. For example, corpse-paleness is typical of the Anvils of the Heldenhammer, but Gaius Greel of the Sons of Mallus showed a marble white skin after an unknown number of reforgings.[8]

Every day, Lord-Arcanums and Knights-Incantor are called to the Chamber of the Broken World to perform their duty. Thanks to them, damaged spirits or rogue souls which become lightning gheists are recovered, but not always. Those souls who can't receive a new physical form are bound into the statues that line the Avenue of Saints. Anyone who walked it says they can hear screams from those statues.[3]

Following the Necroquake, Sigmar loosed the Sancrosanct Chambers on the Mortal Realms to reinforce their brothers and sisters. Their absence from the Anvil of the Apotheosis made Reforging side effects more pronounced than ever, but this sacrifice was necessary to let them seek a solution to this flaw.[3] Now they're not the only one to seek a cure[1], but they're surely the most competent thanks to their abilities and past duties.