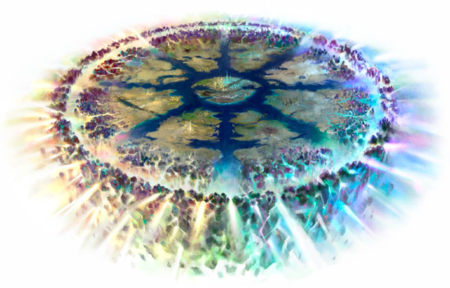 The Realm of Hysh, also known as the Realm of Light, is one of the eight Mortal Realms. Hysh is a realm where reason and symmetry rule, and where purity endures the touch of Chaos. The lands of the realm are rife with symbolism and hidden meaning.[1] Before the Age of Chaos, Hysh and Ulgu, the Realm of Shadow, were known as the Mirror Realms, each said to be an opposing reflection of the other.[5] 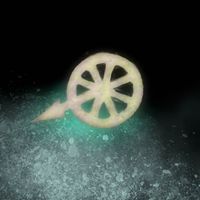 The Serpent of Light

The Rune that is used to represent the Realm of Hysh is known as the Serpent of Light but shows Hysh mounted above the wheel of magic, representing that the realm is the most magically powerful. The symbol is that of a serpent and is often used by the people of Hysh as a decorative and protective device on jewellery, weapons and clothing. [20a]

A reality of radiant illumination, The realm of Hysh is a place of enlightenment and revelation. The embodiment of light, truth, purity and wisdom. The lands themselves reveal hidden truths to the unwise and uplift the ignorant to higher knowledge. While the geomantic spirits of the realm seek to guide mortals to a higher state of being. [20a]

Called the ten paradises and bathed in sempiternal light, The realm is split into ten immeasurable mega-continents layered in the shape of the Serpent of Light. [20a]

The peoples of Hysh are enlightened, perfectionist and high-thinking. They ever seek to reach a higher state of enlightenment, intellectual debates are commonplace and meditation is a daily practice. Hysh has some of the most talented practitioners of the arcane arts than any of the other Mortal Realms, many of the realm's peoples fully embracing the use of magic. While many others seek to master the arts of war and combat, the realm's martial orders endeavouring to reach ever-higher levels of militant might and combat prowess. Philosophy, theology, scholarship and the other intellectual disciplines are also well-loved. [20a]

The use of aetherquartz is commonplace for the people of Hysh.[20a]

Fashion in the realm is represented with the colours often associated with Hysh, White and Silver.[20a] 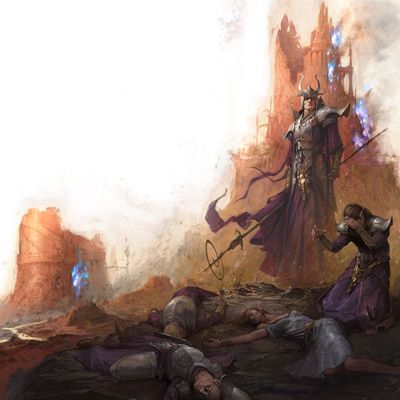 Tyrion and Teclis awoke from a long enchanted slumber in the realm of Hysh. The two brothers understood without knowing how that Hysh was theirs to shape as well as to protect and serve. Tyrion and Teclis searched the realm for their people, the aelves, but found no sign of them. In time the two encountered Sigmar and learned that aelves were unknown in the realms outside the city of Azyrheim. The two aelven deities agreed to join Sigmar's pantheon.[1]

Teclis builds the city of Léiriú as a haven for the souls he had claimed from Slaanesh but when he began to weave spells to cure them of their darkness, many died and the survivors fled becoming the Idoneth Deepkin [23a]

More successful was the retrieval and rehabilitation of the aelves who would become the Lumineth who spread across all the Paradises save Haixiah, whose glaring perfection mortal minds were not meant to endure.[23a]

Eventually, however, competition between mystics and luminaries turned to bitter rivalry, fuelled by the whispers of the bound Slaanesh and in a shockingly short time, all of these Great Nations fell into darkness.[23a]

Ocari Dara the survivors call it, the Spirefall - where Daemons poured through the cracks the Lumineth carved into their realm as they unleashed their magics upon one another.[23a]

Though Chaos engulfed all the Mortal Realms, Hysh retained some of its former purity.[1]

Teclis managed to commune with the spirit of Celennar, the glorious moon of Hysh, bringing it and its wisdom to the shattered people. Together they taught the repentant Lumineth how to contact the spirits of the Realm — its mountains, its rivers, its winds, its very sky — and how to enter into spiritual pacts with them. The most dedicated became the Aelementiri, gaining wisdom and supernatural abilities.[23a]

The nations of the Lumineth endure, but still suffer many attacks and invasions by the forces of Chaos and although the Necroquake boosted the power of many of the guardian spirits it has also unleashed countless predatory spells to roam the realm. To save lands that have been crumbling since the Spirefall, grand rituals are performed to brand mile-long symbols into their realm. [23a] 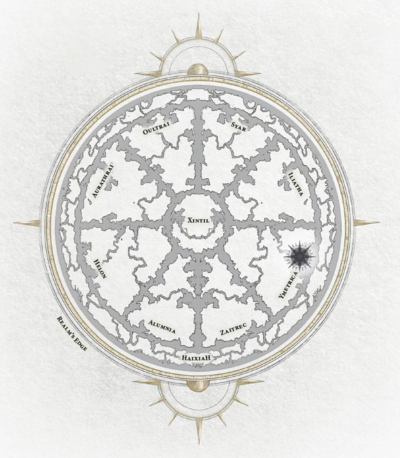 The Ten Paradises of Hysh

The Realm is divided into ten continents known as the Ten Paradises. Xintil is at the centre, with the other eight continents around it and Hiaxiah ringing their edges. Each is part of the Lumineth Empire.[16][22] 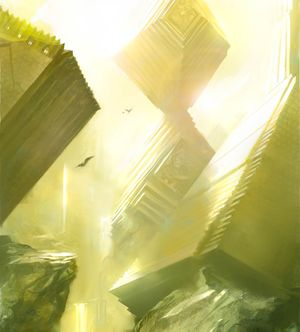 Locations whose placement on the Ten Paradises is unknown:

The realm is notable as being the home to a variety of Aelvish cultures as well as some of the greatest cities created by humankind in the Age of Myth.[16] The realm's warriors are well known for using magical crystals of aetherquartz to increase their speed and dexterity whilst scholars can increase their intellect. [20a]

The Realmsphere Magic and spells associated with the realm of Hysh are known as Light Spells.[23b][23c] The spell lore utilized by the Lumineth Realm-lords, which is connected to the realm's power is known as the Lore of Hysh.[24b]