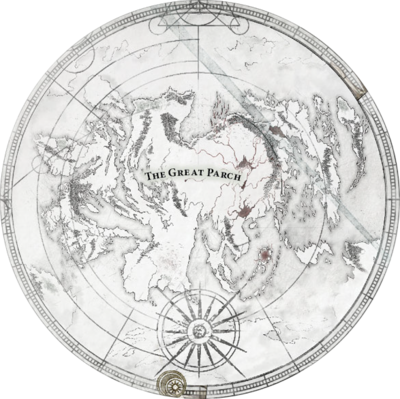 A overall view of the Great Parch and the surrounding areas.

The Great Parch, referred to as the Scarred Isle during the Realmgate Wars, is a sprawling continent of the Realm of Aqshy containing multiple landmasses and oceans. It is located in one of the Flameworlds called the Ashlands.[1b]

The tribes of the Great Parch are known to be bombastic and restless and often tattoo scenes of their victories on their bodies. They live to fight, love and feast as often as possible.[1b]

The desert barbarians of this continent were the first to convert to chaos when hosts of daemons invaded during the Age of Chaos.[1b]

The tribes of the Great Parch traditionally use reds, yellows and oranges in their fashion. Those city-dwellers of high status however abandon these traditions to wear the whites, silvers and blues of Azyr, to try and hid their fiery and volatile nature behind a civilized and celestial appearance.[1b]

During the Age of Myth the nations of Aspiria and Bataar were the centre of trade of the Great Parch, with many trade goods being traded across the continent.[1b] Some examples are: 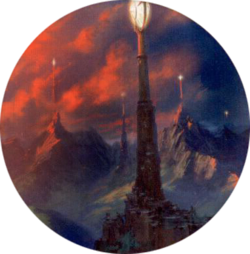 The Prismatikon in the Great Parch 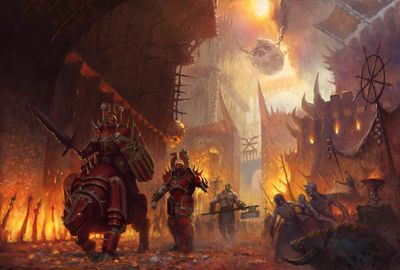 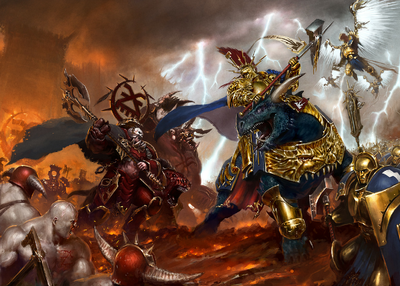 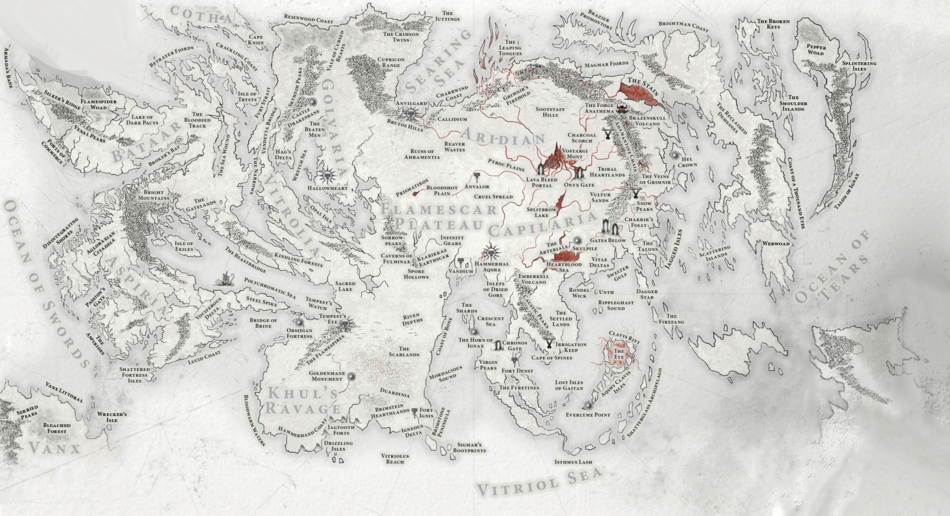 The Great Parch has the following landmasses: 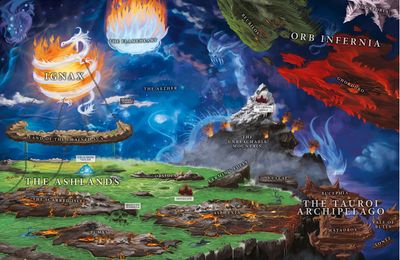 The Scarred Isle and the Brimstone Peninsula can be seen on the disc of the Ashlands.

Around the Great Parch there are the following seas:

Close to the Great Parch there are the following landmasses: