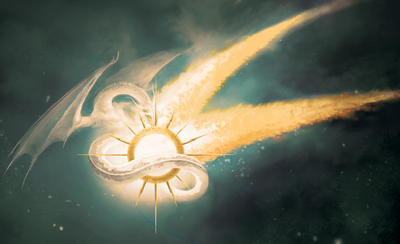 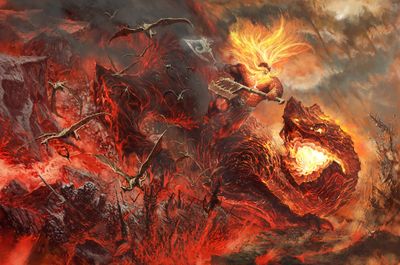 Grimnir slaying Vulcatrix during the Age of Myth.

Zodiac Godbeasts, Zodiacal Monsters or simply Godbeasts are deific creatures born from the energies of the Mortal Realms. They are beyond the scope of mortal reckoning, known most often in legends and myths. But these powerful titans are very real and found all across the Mortal Realms, existing above the natural order of things.[3][6][11][26][27a]

Some of these entities have formed alliances with Sigmar's Pantheon of Order, the cosmic drake Dracothion is perhaps the most notable of these, while others have fell under the sway of Chaos. Some Shyishan Godbeasts were pressed into service by Nagash after he awoke in the Realm of Death.[29a] Many others remain unaligned, with their agendas being unknown to all save themselves.[26]

Evidence of these deific creatures can be found all across the Realms. Their bones are scattered across the Realm of Ghur, their likenesses can be found in temples, and the remains of some have even been turned into weapons. While many of the known Godbeasts are animalistic in appearance, not all of them are, such as Drakatoa the Living Avalanche.[26] 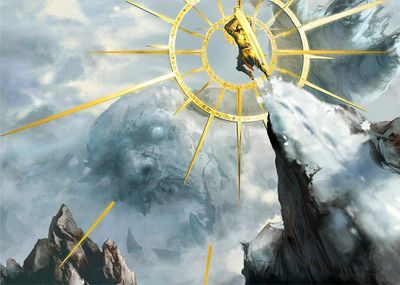 Sigmar slaying Ymnog during the Age of Myth.

There are several creatures who have not been called Zodiac Godbeasts or synonyms, but might be as they share traits or have similar titles as them. The following is a speculative list of possible godbeasts: