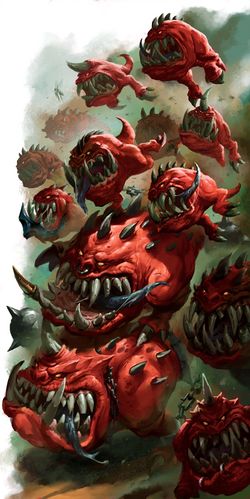 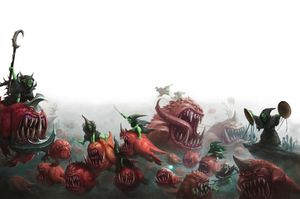 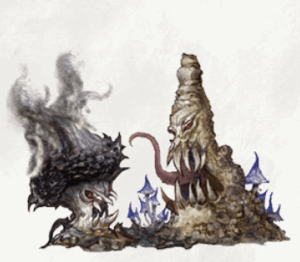 Squiggly Beasts are Squigs that caper around the feet of Wurrgog Prophets and protect them with their fanged maws. Wurrgog entice them out of hiding and into their service with enchanted bones.[8]