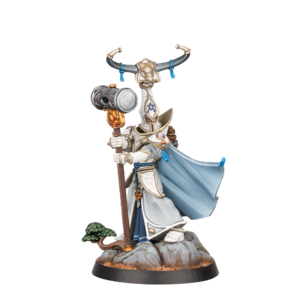 He and his warband ventured in a quest to quiesce the living mountain of Beastgrave and to stop the spread of the Katophrane curse to the rest of Mortal Realms.[2a][2b]

He is armed with a Stone Mallet whose blows land with the power of a mountain avalanche.[2b]