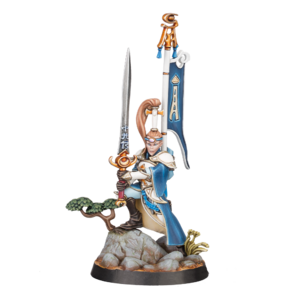 She is armed with a Sunmetal Greatsword that burns their victims from the inside out.[2b]